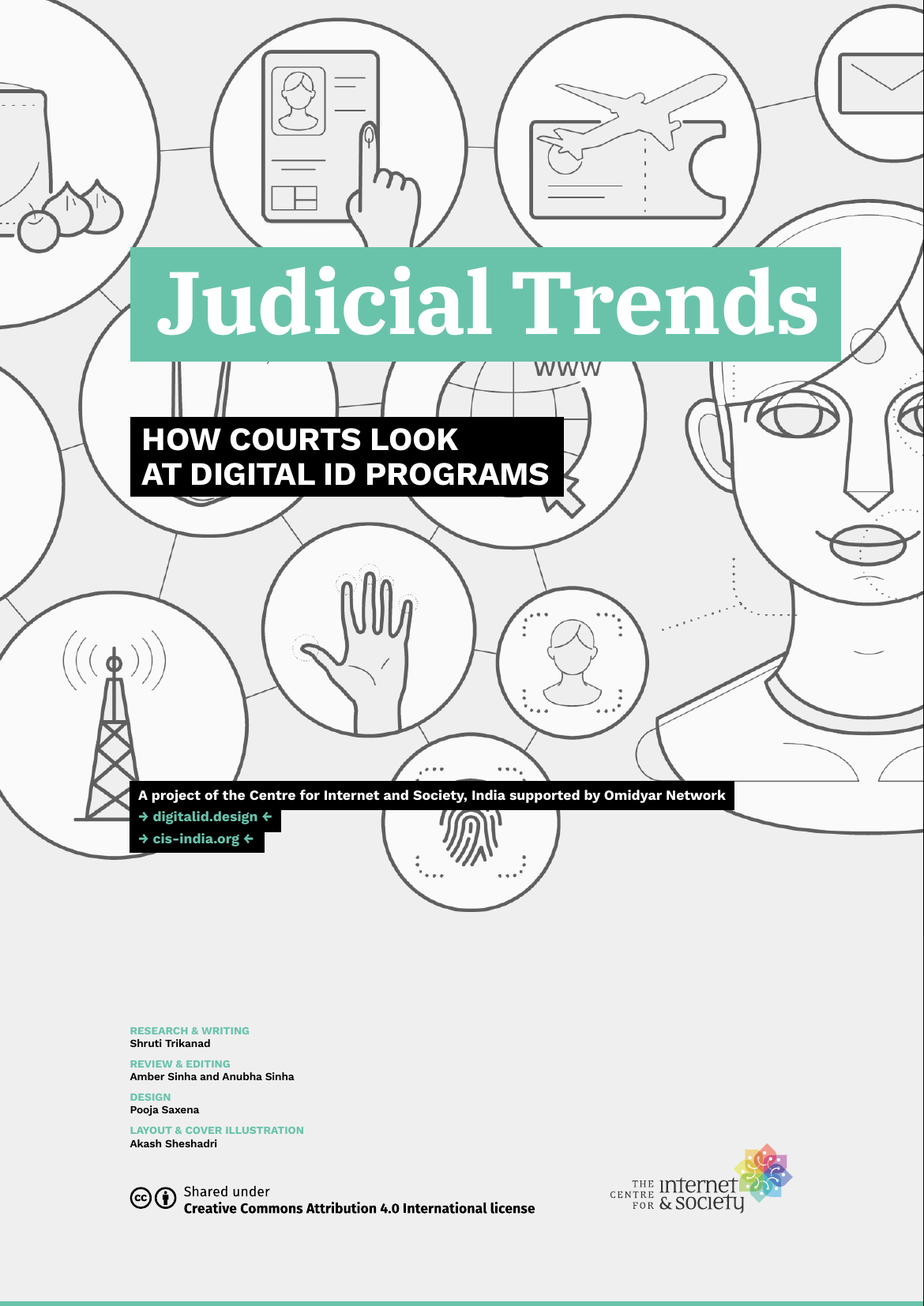 Elements of a Digital ID Scheme
that Impact Privacy

Section V. The Purpose of
a Digital ID Program

The insurgence of technology in nearly all aspects of an individual’s life has made its inevitable way to governance. National digital ID systems are being adopted worldwide by governments as reliable means to identify residents and provide them with services they are entitled to. This however, is also following a noticeable pattern — developed liberal democracies have been rejecting such systems as far back as the early 2000s,1 while developing nations are increasingly embracing them in more recent years.2 Some among the latter have seen these systems come to the forefront of their politics, with their apex courts determining their constitutionality and future. These ID schemes have been challenged for the various constitutional threats they posed to the users subjected to them. Although varying in design and reach, they introduced similar risks in their populace, that came only from replacing governance with invasive technology.

We have engaged in a study of the different issues that these courts were tasked with adjudicating, in a hope that it will provide insight into the nature of Digital ID systems and their interplay with constitutional protections. These courts identified the risks of the system, the trade-offs they introduced, and how they could be potentially altered to serve their purpose while limiting harm. In this series, similarities, differences, patterns, and exceptions will be highlighted, with the goal of understanding better how and why these ID systems were endorsed, discontinued, or limited by courts. In the next few pieces, we will analyse the final outcomes in the judicial challenges, and what factors were considered in the privacy tests to arrive at such outcomes, as well as how technological issues were handled by the courts.

We are looking at four Digital ID judgments here. While several cases have been heard by courts on aspects of privacy and biometric databases worldwide, only these four were about foundational national Digital ID systems. Foundational systems are core identity systems catering to the general public, created to provide identity proof for a variety of services.3 They differ from biometric databases because they provide credentials to the ID holders to validate their identity, and from other Digital ID systems because they are not limited to one function or use.4 The national ID systems in India, Jamaica, Kenya, and Mauritius sought to provide a digital identity to residents for a variety of purposes not restricted to a single sector.* In all of these cases, privacy issues were enhanced by the use of biometric factors and technology in the creation of verifiable identities.

At the outset, the following are the key factors we determined to affect the outcome of the case:

* Details of these ID systems and the litigation surrounding them can be found in the Appendix A. Comparison Chart section below. 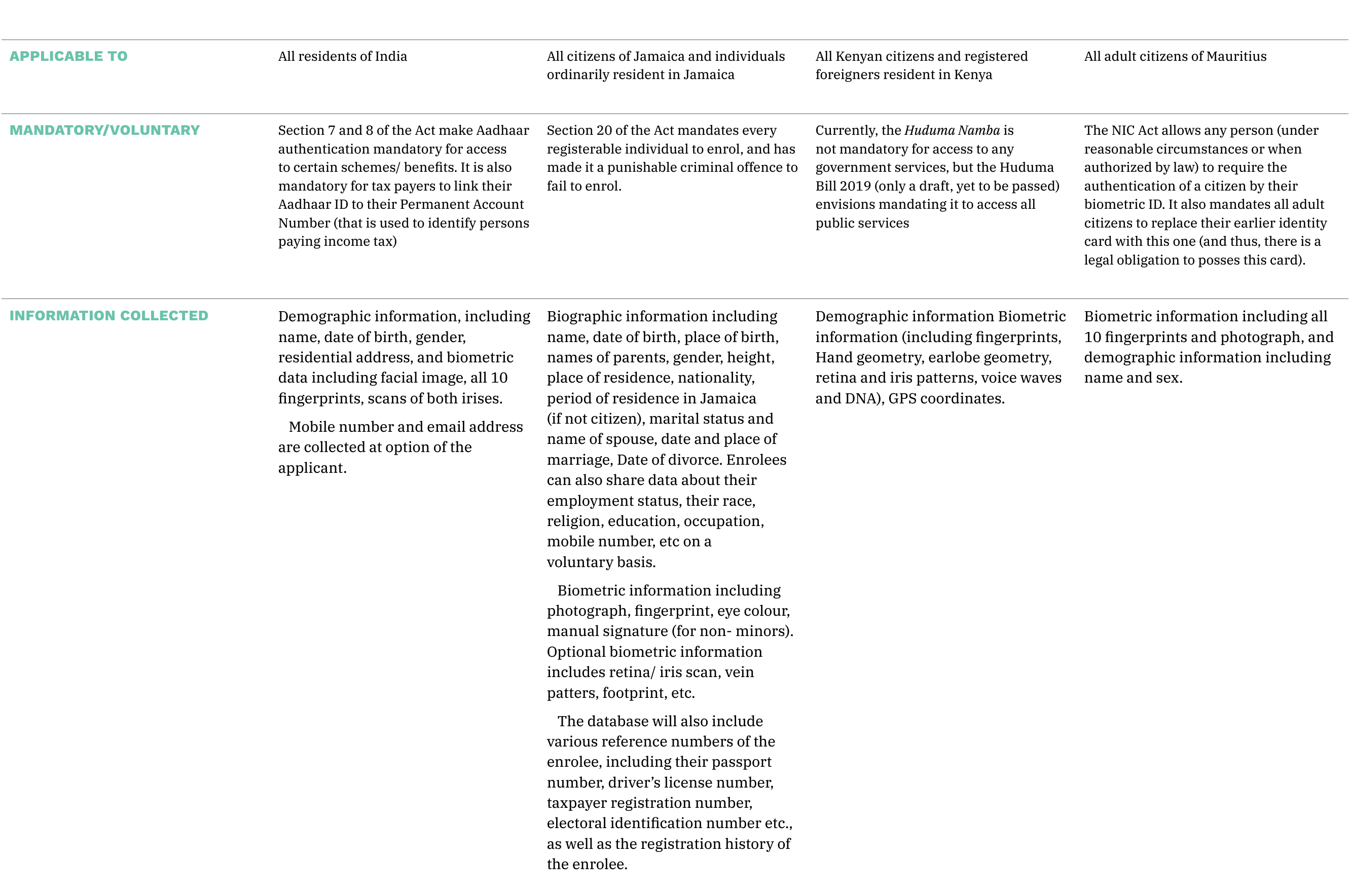